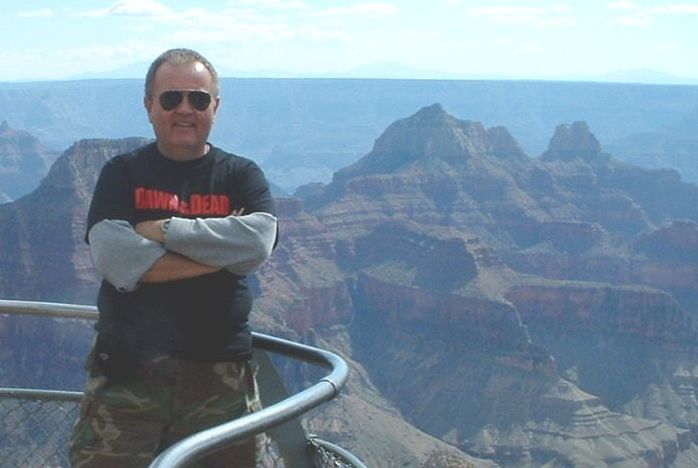 comforts the disturbed and disturbs the comfortable. A man of many contrasts. Dr. Jim doesn’t look at the glass as half full NOR as half empty, but rather thinks what he could do with that glass with a good script, good lighting and a wonderful music score! Yup, the Hollywood mentality!

Whether leading Domestic Violence and Anger Management classes, for men and for women, at his office in Beverly Hills, teaching Psych and Sociology at Mt. St. Mary’s University,  working a few prostitution stings or acting as a decoy in anti-gang campaigns when not training deputy sheriff’s for L.A. County, or riding around in their black and whites, this telegenic and passionate “fixer” of human emotions is exciting to be around.

Dr. Jim works with entertainers, celebrities, gang bangers, street people, and the terminally-ill. As the epitome of the classic curmudgeon, he is neither warped nor evil at heart, not hating mankind, just mankind’s absurdities! Sensitive and soft-hearted as the next guy, but hiding his vulnerability beneath a crust of misanthropy. Turning hurt into humor while attacking maudlinism because it devalues genuine sentiment. I.e., don’t sit in his group and whine in your pity party! It’s a NO-WHINING zone. He flies with LIFE in caps, with an astute perception and sly wit.

As with most Curmudgeons, he can’t compromise his standards and can’t manage the suspension of disbelief necessary for feigned cheerfulness. Yup, he feels sometimes reality does Suck. He has the temerity to comment on the human condition without apology, he not only refuses to applaud mediocrity, at times, he howls it down with morose glee. His version of the truth may unsettle others, and they may we hold it against him, even though he softens it with humor.

Dr. Jim often says, “If there really is a God like figure who made the grand canyon, the stars, the moon, the ocean, the mountains, he or she, must be sitting in tears watching as his or her other creations known as Mankind, destroys those canyons, oceans, earth with arrogance and vice.”

You may have seen Dr. Jim on TV, on Montel William’s show, or CNN or heard him on Talk Radio Shows. He has been a technical advisor on a number of films, plays, sit-coms and a recent HBO special. In his spare time he has written a number of a self help books,  does inspirational/motivational lectures based on his book “9 Steps to a Better Life” and is writing a script.

Dr. Jim supports people as they struggle to turn their lives around, approaching everyone with a sense of humor, helping them recognize possibilities that their stress and anxiety may have temporarily obscured. Aiding his clients and the varied audiences he addresses to identify and acknowledge those inner voices that strive to make us more capable, more loving, creative, productive, and successful.

“With guidance and direction,” Dr. Jim says, “we all have the resources and ability to become more aware, to free ourselves, to learn to manage life gracefully and productively in spite of our ‘baggage’.” “You can make peace with yourself,” he continued, “redefine and CREATE YOUR OWN LIFE, and find self permission that allows life’s journey and personal discovery to be the very definition of your happiness and success, your legacy.”

Dr. Jim’s background is as colorful as he is, with years of living experience. Enriching friends and family, he helps them understand life’s journey by communicating his zest for being here, helps them find their own passions and goals, cope with the crises that punctuate our relationships and adding joy to our existence.