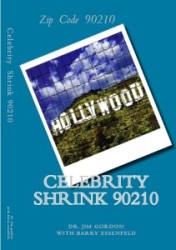 P.J., and the issue of child sexual, emotional, and physical abuse

“.. Back on the roof, P.J. circles around Shirley while pointing the gun, as he does so, Shirley’s body ends up blocking the sniper’s shot. Shirley remains calm, focused on the outside, but thinking a whole lot less calmly inside!

P.J, “I want them to know who I am. Who I really am. On YouTube, young girls still watch my old videos. A bunch of them have set up ‘P.J. Johnston’ websites as if I was still 19. They give ‘daily updates’ as if I’m living that age again. One of them has confirmed, by rumor, that I’ve been dating a young Nickelodeon gal, and that I might have gotten her pregnant. They are excited, and are re-living my life for me… Little do they know that at that age in my life, when I was 19 years old, I was run, run… I tell you run, manipulated, controlled by my agents, record label, and particularly my manager.

I had NO life. But I did have drugs… boy did I have drugs. I was 19 with 4 million dollars to spend, a cool red Mercedes SL, chicks everywhere… I had such a body, oh my, I worked out, did steroids to the max, and my manager kept me supplied, look at my old videos, you’ve not seen such a body… and stoned… and did I get laid… Meth and sex, a hot combo, let me tell you… See these teeth, most of the ones that are left are capped now thanks to the damn meth! Yup, great smile at 41, but mostly porcelain caps, gaps, and implants!… But the sex was good, meth and sex… damn, on meth I could lay any chick, didn’t matter how fat she was…”
Amazon                     Menu – Home